The exercise comes as Israeli Defense Minister Benny Gantz alleged Tuesday that Iran was “just a few weeks” away from having enough fissile material for a nuclear bomb. 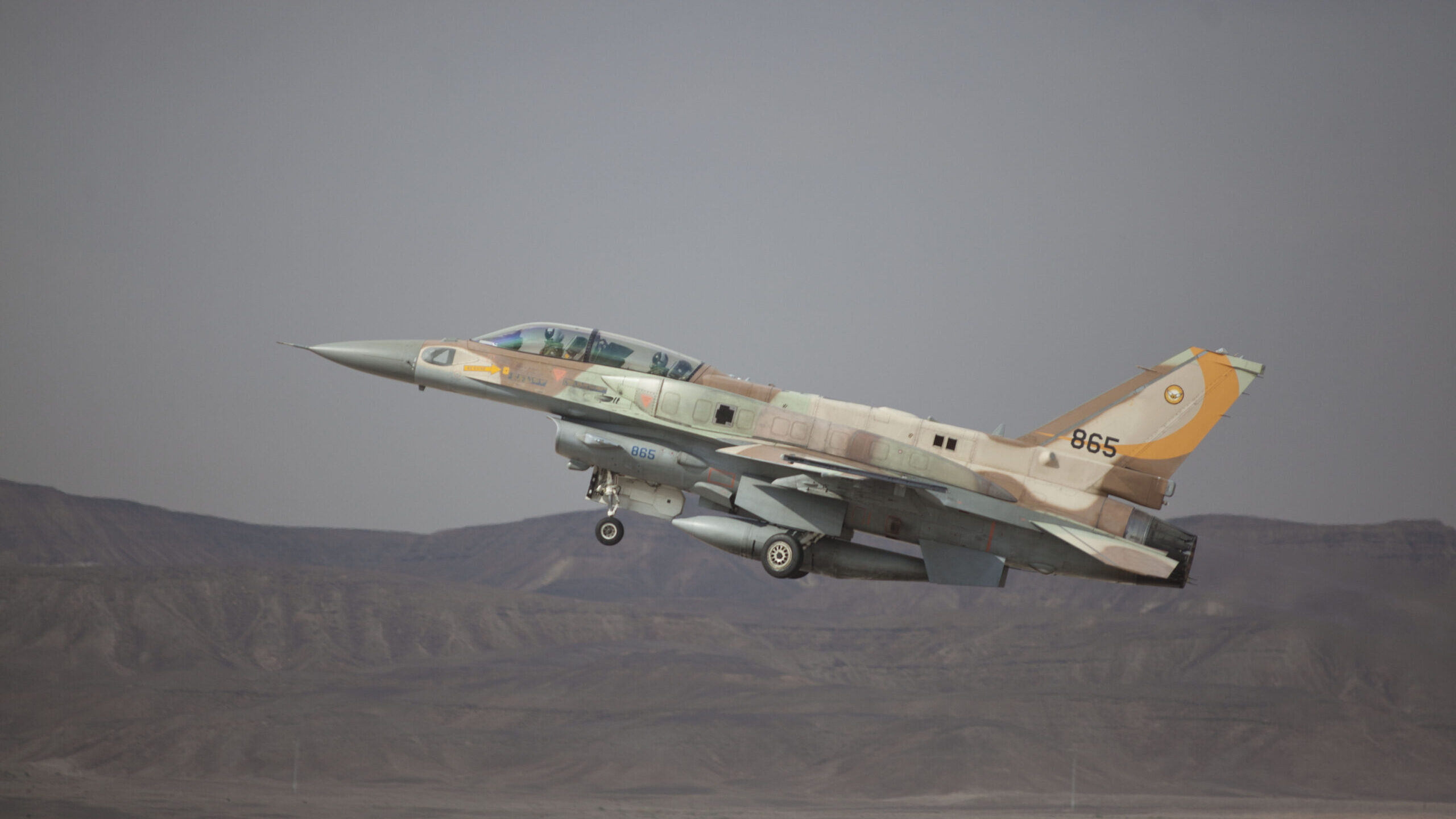 An Israeli F-16 jet takes off on December 9, 2014 at the Ovda airbase in the Negev Desert near Eilat, southern Israel. (Photo by Lior Mizrahi/Getty Images)

Editor’s Note: This report was updated 5/19/2022 at 7:41 p.m. ET to clarify the US Air Force’s role in the exercise, based on an Air Force statement, and to include a Pentagon description of a meeting between US and Israeli defense chiefs.

TEL AVIV: As Israeli leaders sound the alarm about what they say is an acute, active threat from Iran’s nuclear program, Israel plans to conduct a major military exercise, with some US participation, part of which will simulate attacks on Iranian nuclear targets, according to Israeli officials.

Israeli military officials told Breaking Defense the US Air Force would provide refueling services for Israeli fighters, as was reported by Israel’s Channel 13. A day after the initial publication of this report, Air Forces Central (AFCENT) spokesperson Phillip Ventura confirmed that the Air Force conducted training that involved refueling exercises over Israeli airspace on May 18 as part of a “partner nation integration event,” but said the US wasn’t “directly participating” in the overall exercise.

“Events like this are routine and we regularly conduct them with coalition and partner nation air forces across the region,” Ventura said in a statement. “AFCENT has a strong record of supporting bilateral defense initiatives with Israel, but is not directly participating in the ongoing Chariots of Fire exercise.”

The exercise comes as Israeli Defense Minister Benny Gantz alleged Tuesday that Iran was “just a few weeks” away from having enough fissile material for a nuclear bomb.

“The price for tackling the Iranian challenge on a global or regional level is higher than it was a year ago and lower than it will be in a year,” Gantz said, alleging Iran is working to complete the production and installation of 1,000 advanced IR6 centrifuges, including at an underground site near Natanz. “Iran continues to accumulate irreversible knowledge and experience in the development, research, production and operation of advanced centrifuges.”

Israeli officials told reporters the month-long Chariots of Fire exercise is designed to resemble a war on several fronts, practicing in the event Israel decides to launch a multi-stage campaign. The portion of the exercise that would simulate attacks on Iranian nuclear sites will feature in the fourth and final week of the exercise.

Despite the Air Force’s characterization of its minimal role, a senior Israeli defense source told Breaking Defense that US “aerial refueling services will be performed in flight envelopes that may be used by Israel if and when Israel decides to act.”

That the exercise is being made so public — and is openly simulating attacks on Iran — is seen by Israeli officials beyond a readiness exercise as a warning to Tehran to return to serious negotiations over its nuclear program. As the world’s attention has focused on Ukraine in recent months, talks over a renewed Iranian nuclear deal, of which Israel has long been critical anyway, have fizzled.

But the participation of the US could be something of a practical necessity as well as a political gambit. Israel currently uses old converted 707s for refueling. It has ordered new KC-46A aircraft to modernize its refueling operations, but those planes aren’t expected to arrive in Israel until 2025.

Not coincidentally, Gantz is in Washington, D.C., today, where he’ll meet with US Defense Secretary Lloyd Austin. A defense source said that Gantz is bringing with him “detailed data” about the way Iran is cheating on its nuclear pledges. (After publication, on Thursday the Defense Department released a summary of the meeting that said in part that Gantz and Austin discussed “the Administration’s commitment to preventing Iran from obtaining a nuclear weapon.”)

Just hours after Gantz made his allegations about Iran’s nuclear program, the Israeli ministry of defense released details of new technological cooperation between the US and Israeli militaries for everything from artificial intelligence to advanced strike capabilities.

Heidi Shyu, who will co-chair the new cooperative group, said at the Special Operations Forces Industry Conference today that she had her first meeting with her Israeli counter-part, Israeli military R&D director Daniel Gold, last week.

“We spent five hours together last week talking about critical technology areas,” Shyu said. “I’ve also emphasized to him the things I’m interested in in their technologies. So we’re absolutely collaborating even closer.”

As for the simulated strikes on Iran, the defense source said that Israel has been following the Iranian nuclear program very closely, meaning the simulation will be as realistic as possible.

“Israeli intelligence has full data on these installations and therefore can simulate attacks accordingly,” the source said.