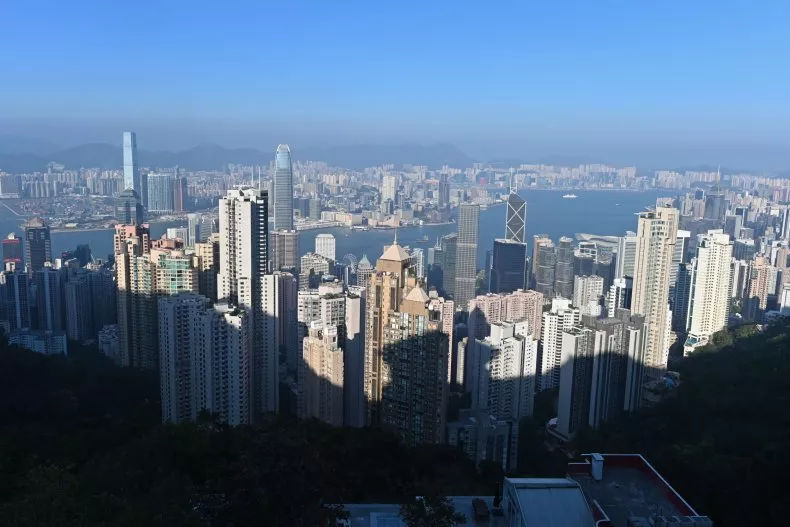 The Chinese Communist Party’s (CCP) move to defy its legal obligations and dismantle Hong Kong’s autonomy leaves the Trump White House with few good options. The United States will not use military force to defend a tiny city-state that partially sits on the Chinese mainland. But American leaders could render the CCP’s victory a hollow one. They could create a haven in this country for Hong Kong’s greatest assets—its human and financial capital.

Allowing Hong Kongese to emigrate in large numbers to the U.S. would underscore the sharp differences between the CCP’s dictatorship and Western-style free democracies. It would inflict a blow to China’s reputation and score a moral victory for the U.S. And it would continue the great American tradition of welcoming to our free shores those fleeing from communist tyrannies in Hungary, Cuba and elsewhere.

At its recent annual leadership meeting, the CCP introduced a plan to impose its national security laws upon Hong Kong. The CCP leadership acted unilaterally, rather than through the normal legislative process. Mainland national security laws would criminalize treason and espionage and probably subject Hong Kong residents, who have enjoyed the protections of the Anglo-American legal system for over 150 years, to the mainland’s harsh, politicized, faux criminal justice system.

Beijing’s move violates the 1984 handover agreement between the People’s Republic of China and the United Kingdom, which allegedly promised to grant Hong Kong 50 years of legal and political autonomy under what was called “one country, two systems.” Chris Patten, the last British governor of Hong Kong, has stated that “the Hong Kong people have been betrayed by China, which has proved once again that you can’t trust it further than you can throw it.” Senior CCP officials have attempted to justify the measures by claiming that they are directed against “terrorism.”

Welcoming Hong Kong residents to our shores would go farther than other proposals currently on offer. Senator Pat Toomey (R-PA) has proposed sanctioning Chinese officials who carry out the law, while Senator Tom Cotton (R-AR) suggests removing Hong Kong’s special trading status with the United States. But sanctions aimed at undermining Hong Kong’s economic position would not deter the CCP and could aggravate extant hardships for Hong Kong’s people.

Longer term, Chinese President Xi Jinping and the rest of the CCP will suffer harm by becoming less able to reach future international agreements. What nation will trust Beijing to keep its word after it breaks the Hong Kong handover agreement? But the CCP has repeatedly shown its disdain for treaties and for international law, generally, in the past (for example, by disregarding a Hague arbitration decision condemning Beijing’s island-building in the South China Sea). Clearly, Beijing prefers the shorter-term gain of placing the port city under its iron-fisted political control and crushing the pro-democracy movement within it.

Beijing is in a violently aggressive mood—its border conflict with India is flaring up, it has stern warnings for Taiwan (which has recently re-elected its anti-CCP president), and its “wolf warrior” diplomats are in overdrive trying to conceal the CCP’s role in the origin and spread of the current global pandemic. Hong Kong is just one more piece of roadkill for the CCP.

But the U.S. has a big card to play. Hong Kong does not control valuable natural resources, nor does it host large agricultural or industrial facilities. Its primary advantage is intangible. Hong Kong is home to some of the world’s leading financial, legal and business entities. leading resources are human, not physical—the knowledge, education and skills of a creative and entrepreneurial people blessed with free markets and protected by the rule of law. And they have seen the nightmare of CCP dictatorship close up and personal. These are precisely the people whom we should welcome with outstretched arms.

President Donald Trump could begin unilaterally, without special authorization from Congress, where the move would soon become entangled in the morass of immigration politics. Under existing law, the administration has the discretionary authority to “parole” non-citizens to enter the U.S. for an indefinite period on urgent humanitarian grounds or for reasons of significant public benefit. Grants of parole do not constitute formal “admission” into the U.S., nor do they confer a regular immigration status—for that, separate legislative action may be needed. Parole would allow Hong Kong residents to remain in the U.S. lawfully on a temporary basis. And Trump, working in tandem with Congress, could set these Hong Kongese on a legal track that would eventually lead to status as permanent legal residents or even citizens.

If it chose to do so, the Trump administration could attach conditions to the parole. It could require Hong Kong applicants to invest financial capital in the U.S. or to demonstrate educational qualifications that would ensure that an applicant is readily employable. Rather than taking jobs away, Hong Kong immigrants would create many new sources of employment. The U.S. economy would benefit from this talented, entrepreneurial and freedom-loving population.

Such a policy would be consistent with U.S. practices during its long struggle with Soviet communism. In 1956, President Eisenhower, using the “parole” power, welcomed some 30,000 Hungarians fleeing from the Soviet tanks that had invaded their country. And in 1966, at the behest of President Lyndon Johnson, Congress passed the Cuban Adjustment Act, creating especially favorable conditions for Cubans fleeing the Castro dictatorship. These actions both benefited the U.S. and underscored its moral superiority to its communist adversaries.

The Trump administration would also reap a political upside. Critics routinely assail the president for anti-immigrant views. Admitting large numbers of Hong Kong residents would deflect this line of attack, while also not alienating Republicans who fear that unlimited immigration from poor nations will cause crime or reduce wages at home.

Finally and most importantly, such an action would demonstrate in a compelling way to the entire world the fundamental differences between the U.S. and the CCP. The U.S. is an open, liberal and pluralistic society with a clear and determined will to overcome the racism of its past. The CCP, by contrast, is a closed society (and one increasingly more so under Xi) with no embedded traditions of anti-racism or of large-scale immigration. On the contrary, the CCP persecutes its own ethnic minorities, such as Uighurs and Tibetans, espouses an aggressive and exclusionary form of Han Chinese nationalism, and has tolerated, if not encouraged, popular hostility towards African and African-American students and visitors. (The Chinese blogosphere was saturated with racist reactions to Secretary of State Condoleeza Rice’s 2005 visit to the country.)

Welcoming immigrants from Hong Kong will let the differences between the U.S. and the CCP shine through. It is also the just and right thing to do.

John Yoo is the Emanuel S. Heller Professor of Law at the University of California at Berkeley, a visiting scholar at the American Enterprise Institute, a visiting fellow at the Hoover Institution and a former official in the U.S. Department of Justice.

Robert Delahunty is the Le Jeune Professor of Law at the University of St Thomas in Minneapolis and a former official in the U.S. Department of Justice and the White House.

The views expressed in this article are the writers’ own.

The general election scenario that Democrats are dreading