A few days ago, a 9,500 US troop reduction in Germany will take effect soon. US troops in Germany currently number less than 35,000.

This was a politically motivated move by the Trump administration, with the goal of further applying pressure to Germany to comply with its NATO obligations but mainly to attempt to stop growing German challenges on United States political supremacy.

For decades Germany has openly supported many of the United States arch enemies, including Iran, which it helps fund through the INSTEX scheme (Instrument in Support of Trade Exchanges, a payment system that allows companies to trade with Iran despite US sanctions),  has constantly antagonized US supremacy worldwide, has partnered with Russia with the NordStream 1 and 2 pipelines to the virtual exclusion of alternative natural gas suppliers from the US and the Middle East, has actively subverted the EastMed Gas Project and the energy co-operation of Israel, Egypt, Greece and Cyprus and has a highly antagonistic to US interests foreign policy as it openly supports countries aligned to the Muslim Brotherhood and by allowing the Giulenist terrorist organizations, and the political branch of the HAMAS terror group to operate freely in its borders. Lastly Germany has taken gross advantage of tariff discrepancies between the EU (which Germany controls) and the US, leading to a trade deficit of 55 million USD between the two countries.

Germany for years has refused to pay its share of NATO budget as its defense budget in relation to her GDP is almost half  of what other countries spend on defense and NATO contributions.

Lastly, German institutions have for many years actively been supporting Democrat party apparatuses and have waged war on President Trump and the GOP, as the German establishment views the current administration’s policies as threatening to German dominance over Europe and the Middle East.

And as tensions arise between China and the US, especially after the outbreak of the Wuhan virus, Germany has been quietly aligning herself with Chinese policies, has reaped the benefits of Chinese investment to aid her failing economy, becoming more of a liability than a European asset.

So, in light of all the above, the answer is that the reduction of personel in Germany is a smart move, it will bear pressure on Germany to comply with US policies and force the country to distance itself from its economic dependence on China but at the end of the day it will also produce a significant cost savings to the DOD, since some essential operations may be moved in time to neighbouring countries with significant operating cost reductions. 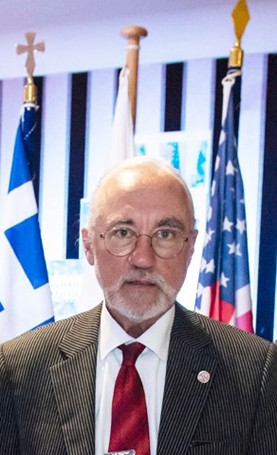 Review of the current threat posed by the Muslim Brotherhood and its affiliated terrorist organisations.