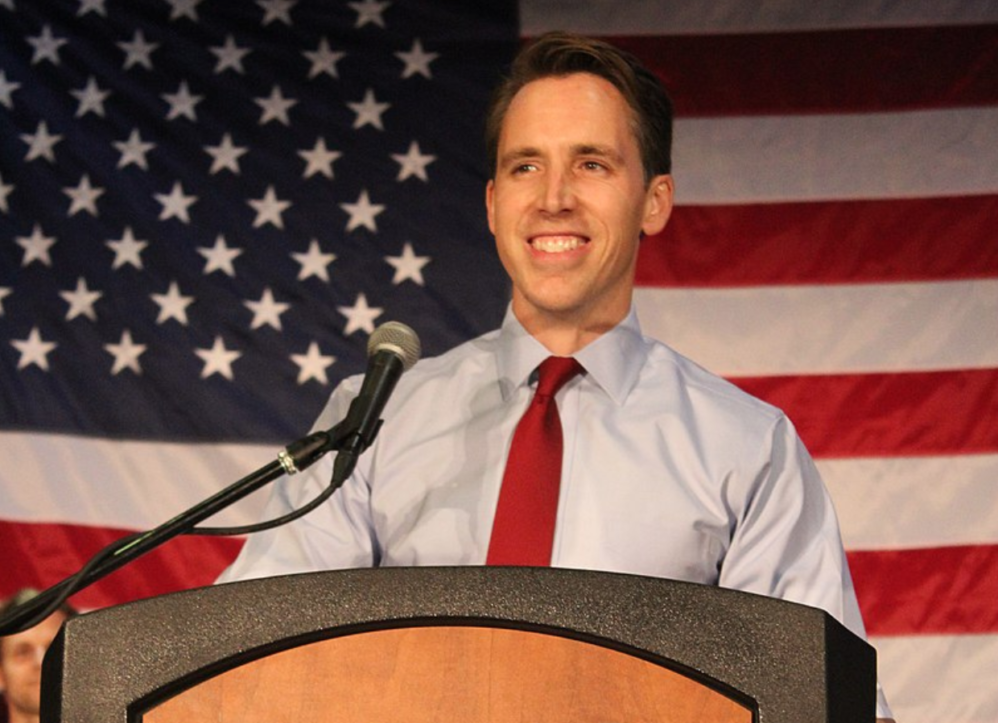 The continuing party realignment on trade took another turn this week when Sen. Josh Hawley, R-Mo., published a dramatic proposal: abolish the World Trade Organization. He introduced a joint resolution Thursday in the Senate that would begin America’s withdrawal from that organization.

Citing weaknesses in the world economy that the Wuhan virus epidemic has laid bare, Hawley put forth a case for serious reorganization: “The global economic system as we know it is a relic; it requires reform, top to bottom. We should begin with one of its leading institutions, the World Trade Organization. We should abolish it.”

That is one solution, but another would work even better and more quickly: The industrialized liberal democracies being undermined by Red China could simply withdraw, start their own organization, and leave the WTO to irrelevance.

How the WTO Came to Be

The WTO is the latest version of the post-World War II drive for freer trade among the nations of the world. Its predecessor, the General Agreement on Tariffs and Trade (GATT), arose in concert with a variety of nongovernmental organizations after the defeat of fascism. With the world slowly recovering from the worst bloodshed in human history, leaders of the victorious allies naturally looked for a way to prevent the same thing from happening again. They saw multilateral international cooperation as one part of keeping the peace.

GATT and its successor were not the shadowy conspiracy that free trade opponents would have you believe, but neither were they the cause — or even part of the cause — of the relative peace that followed. Before World War II, Germany traded heavily with its neighbors, including those it was about to invade. The North Atlantic Treaty Organization and the threat of mutually assured destruction kept the peace in Europe. GATT didn’t hurt the cause of peace, but it didn’t help much.

When the drive for multilateral free trade agreements began, there were probably too many high tariffs in the world. Many had been set up at protective levels in the 19th century to encourage domestic industry. During the Great Depression, the United States was among the nations that raised them even higher, hoping to spur domestic production. But free trade advocates fell into the trap of many policymakers in believing that if something was a good solution once, it was a good solution to every problem.

Free-traders lowered trade barriers between industrialized nations and then kept lowering them, even with trade partners who were clearly putting their thumbs on the scale and using state power to give their industries an unnatural advantage. Free trade with nations that obey the rule of law and stick to their agreements was one thing; trade with the red mercantilists of China is quite another.

It’s Time to Leave the WTO

In the Washington Examiner this week, Dalibor Rohac of the American Enterprise Institute wrote that the United States should not quit the WTO and other organizations, but should exercise more control over them. “Giving up on the World Trade Organization means allowing other nations to write the rules of the game, which will eventually affect American companies.” That makes sense for some nongovernmental organizations, but the WTO has been doing just fine for American companies — just not for American workers.

Hawley’s proposal is the other extreme: just leave, unilaterally, and strike up bilateral trade agreements with other nations. That’s not a crazy idea; it is how all trade worked until 1947 and how some trade still works today. Yet another option exists between these two extremes: leave the WTO, but take like-minded nations with us to start a new free trade group, limited to nations willing to play by the rules.

Other industrialized liberal democracies are suffering from unfair trade every bit as much as America is. Canada is not undermining the rule of law. Germany is not operating sweatshops run by the Communist Party. Japan isn’t imprisoning a million Uighurs in concentration camps and farming them out as slave labor. China is doing these things. Trade with communist China, not trade with First-World nations, has crippled the American worker.

A new customs union could fulfill the original intent of the GATT: free and equal trade among nations who all abide by a common set of rules. The WTO could still exist, and those countries that are still members could liberalize trade among themselves however they wish. But the new group would have standards for membership and allow nations to look after their own workers’ interests. That does not mean cutting off all trade with non-members, only that such trade should benefit the people of both nations involved.

Republicans Are Becoming the Workers’ Party

Hawley is showing the way to the future of the 21st-century Republican Party, and this sort of action against entrenched interests is part of it. The last 25 years have seen a bipartisan consensus on free trade that papered over the real debate happening outside Capitol Hill and Silicon Valley. The “giant sucking sound” Ross Perot predicted has come to pass as the jobs drained away. It was easy to ignore if the job wasn’t yours, but the supply-chain disasters exposed in the wake of the coronavirus outbreak should have uncovered everyone’s eyes by now.

Even before this, growing insecurity and uneven prosperity were building toward a backlash against free trade with the Third World. One party was bound to emerge as the party that would protect American jobs through tariffs and managed trade. Had the 2016 election been between Bernie Sanders and Jeb Bush, that party might have been the Democrats. But with President Donald Trump, the Republican Party found itself led by someone willing to listen to outside voices on trade, and in Hillary Clinton, the Democrats inherited NAFTA, the WTO, and the Trans-Pacific Partnership.

History might have turned out otherwise, but instead we find Republicans returning to their roots as a protectionist party. Even erstwhile free-traders such as Marco Rubio — probably free trade’s most eloquent defender in 2016 — are now opening their eyes to “common good conservatism.” In trade protection, we can see the future of the post-Trump GOP, a party that unites owners and workers by protecting the thing they both want most: jobs.

Against this promise, the Democratic platform is hollow and insincere. Instead of protecting jobs, they offer more welfare, more outsourcing, and managed decline. Funded by the new woke plutocrats whose fortunes are made in Chinese factories, they buy off workers (or former workers) with cheap imported goods and a river of unearned wealth from Washington. Hawley and Republicans like him want to help people get jobs and earn money.

Democrats have coasted on Franklin D. Roosevelt’s legacy for decades now in calling themselves the party of working people. Hawley’s pro-growth, pro-jobs action against the WTO shows that a reassessment of that claim is in order.

Kyle Sammin is a lawyer from Pennsylvania, a senior contributor to The Federalist, and the co-host of the Conservative Minds podcast. Read some of his other writing at his website, or follow him on Twitter at @KyleSammin.
Πηγή: thefederalist.com
Previous Article