Shown: In Malmo, Sweden, part of immigration-related unrest across the country in April.

Violent crime is becoming common in Sweden, shocking residents of the famously placid Scandinavian nation, where horrific acts of violence have become “all too familiar,” according to Common Sense Media, part of a Swedish nonprofit organization.

Since 2018, Swedish authorities have recorded an estimated 500 bombings, while what they describe as gang shootings have become increasingly common. The country reported a record 124 homicides in 2020 and many residents were shocked in April when violent riots injured more than 100 police officers. 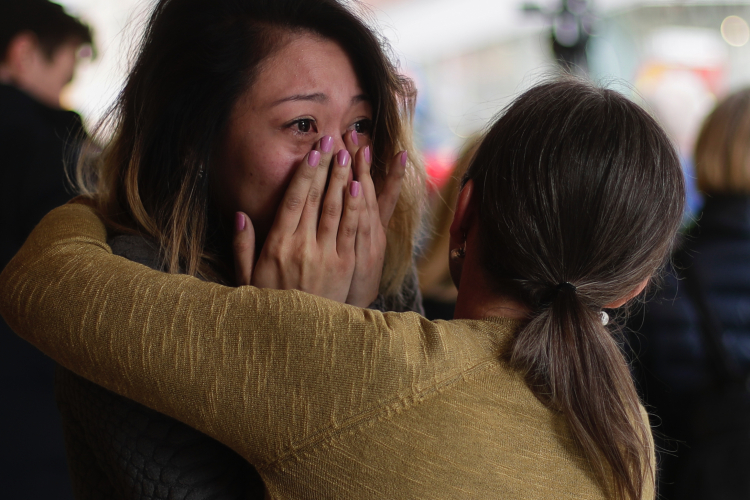 But Sweden’s crime spike is not an anomaly in Europe, as homicides have risen during the last decade across the European Union, from Hungary and Germany to Denmark and Finland. An analysis of EU and United Nations crime data by RealClearInvestigations shows that, as in Sweden, the broader crime wave is strongly correlated with immigration.

“The country-level data for EU countries keeps track of immigration data that allows you to look at many different places over time in a way that we simply aren’t able to do looking across U.S. states,” said Carl Moody, an economics professor at William & Mary College who specializes in criminology.

Criminal justice experts say that the precision offered by European data may provide guideposts to the United States as it grapples with a host of pathologies ranging from rising violent crime and mass shootings to social disruptions from the coronavirus pandemic. Europe’s experience suggests one avenue of inquiry for policy makers and criminal justice experts is crime directly tied to immigration and drug-trafficking across the porous U.S.-Mexico border.

Currently, however, crime statistics in the U.S. generally do not allow researchers to make definitive conclusions on how much illegal immigrants may have influenced the rise in violent crime. Because of the political sensitivity of the question, almost no state officials keep track of the immigration status of prisoners in their jails. 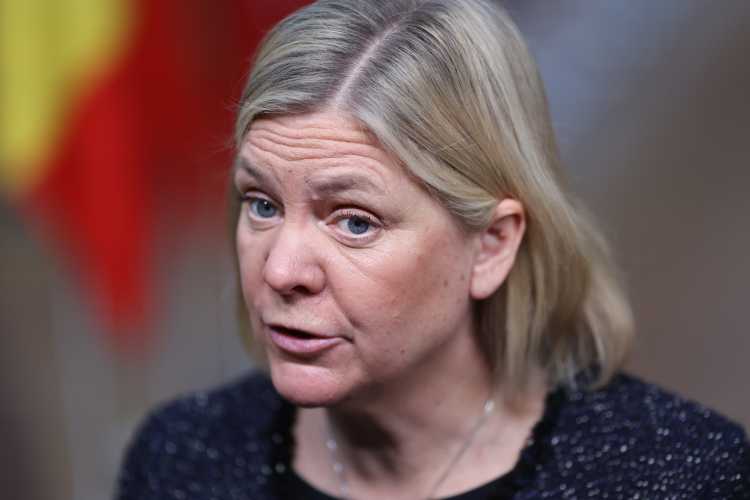 Former Swedish Prime Minister Magdalena Andersson has said the country’s growing problems of gangs and violence are due to its failure to integrate foreign-born residents, whose numbers have doubled during the last two decades to about two million people (or almost 20% of the total population). Sweden’s intelligence chief, Linda H. Staaf, told the BBC in 2019 that many of the perpetrators of crime share a similar profile. “They have grown up in Sweden and they are from socio-economically weak groups, socio-economically weak areas, and many are perhaps second- or third-generation immigrants,” she said.

RCI collected homicide data for the European Union from the United Nations Office on Drugs and Crime for 11 years, from 2010 to 2020, and compared it to rising percentages of each country’s foreign-born population. Even after accounting for variations among countries, the data show that each one percentage point increase in immigrant population is associated with a 3.6 percent increase in the homicide rate. 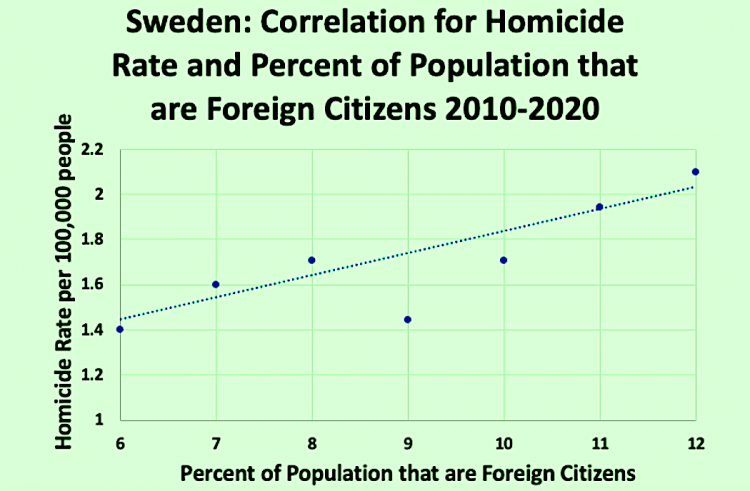 “These results are consistent with other studies in various European countries showing that immigrants – as a group – commit crime at higher rates than the native-born population,” said Tino Sanandaji of the Institute for Economic and Business History Research in Sweden. 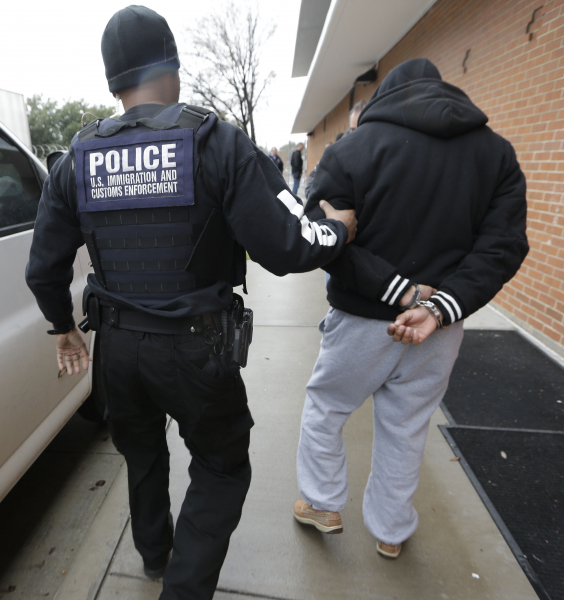 A migrant felon roundup in Dallas: Texas is one of the few states in the U.S. where immigrant crime data is collected as in Europe. And the numbers don’t tell a pretty story.
AP

Homicides across the EU rose by about 8% between 2019 and 2020, with Germany and Hungary experiencing 25% increases. Sweden’s rose by 11%. Rising crime emerged as a key political issue there and elsewhere, contributing to September victories in Sweden and Italy by more conservative parties that made crime a key plank in their platforms.

It remains true that the vast majority of foreign-born residents and their children are not engaged in crime, but the evidence shows many of the victims of crime are also newcomers. In some instances, they have been victimized by native-born residents who resent their presence, and criminologists say this backlash should be classified as immigration-related crime. The violent riots that occurred across Sweden in April, for example, occurred after a Swedish-Danish anti-Islamist and his followers burned the Koran at a rally.

Rising murder rates in Europe are dwarfed by those in the United States, where cities such as Philadelphia, Chicago, St. Louis, and Los Angeles record hundreds of homicides every year. Homicides in the U.S. are also much more highly concentrated in tiny areas compared with Europe, with over half of U.S. murders occurring in just 2% of its counties. But Europe has long had much higher overall violent crime rates than the U.S.

European media reports and government spokespeople are often circumspect about the problem. They repeatedly attribute much of the crime to “gangs,” the membership of which is rarely spelled out, and “gun violence” among unlabeled perpetrators.

Until recently, Sweden’s Crime Prevention Agency had not offered a comprehensive look at the issue since 2005. In October, however, the agency acknowledged that Sweden ranks “very high” in homicides when compared with other European nations, with a murder rate of 4 per million as opposed to the continent’s 1.6 per million. 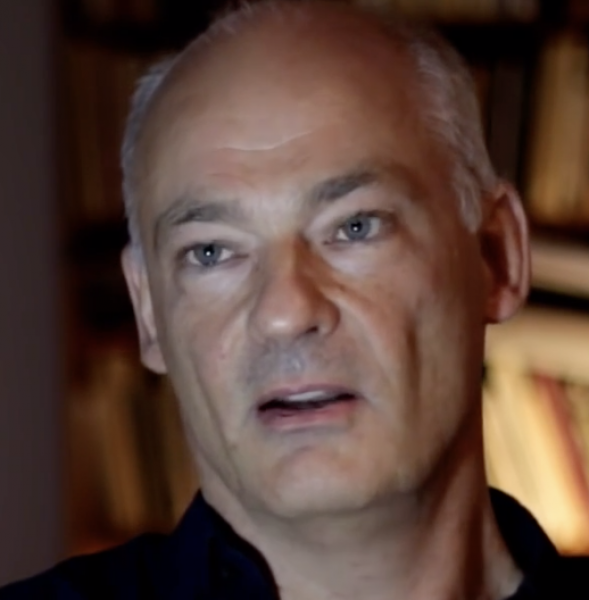 Adamson told RCI that while members of some immigrant groups, such as Vietnamese, were less prone to commit crimes compared with native Swedes, others such as those from the Middle East and Africa – regions that account for most of the immigration to Sweden – were much more likely to do so. Overall, Adamson’s study concluded that Sweden’s murder rate had quadrupled due to immigration. Consequently, he said, he found RCI’s statistical analysis to be “believable.”

Researchers in Denmark reached similar conclusions about immigration and crime. An index shows that crime in 2020 was 51% higher among male immigrants and 149% higher among male offspring with a non-Western background than among the entire male population.

In Norway and Finland, too, higher incidence of crime is also found in immigrant populations, according to recent research. Similar data on the citizenship status of people arrested or in jail is rarely collected in the U.S. One state where data is collected, Texas, shows that illegal aliens are convicted of homicide 32% more frequently than the rest of the Texas population. The rate for sexual assault is 91% higher. 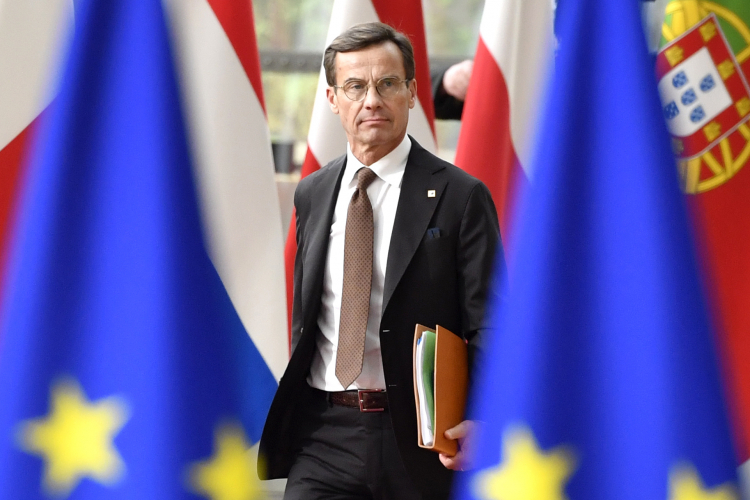 Shootings in Sweden have begun to spill out from Stockholm into smaller cities and towns, although, as in the U.S., they tend to be concentrated in certain neighborhoods. In that sense, immigrants are most often the victims as well as the perpetrators of much of the growing violence.

“Over the last decades those who commit crimes are increasingly clustered both geographically and socially,” Adamson’s study found. “The risk of ending up a crime victim is getting more and more unevenly distributed.”

Such findings have percolated through Scandinavian political debates, with candidates on the right making rising crime a centerpiece of their 2022 campaigns. On the progressive left, critics tend to dismiss such statistical studies as “racist.“

Swedish officials have sought to deflect attention from the findings, with the Foreign Ministry pointing out in September that most immigrants are not criminals. Yet at the same time they insisted immigrants were not responsible for surging crime reports, they acknowledged non-native born people were suspected of crimes at a rate 2.5 times higher than native-born Swedes.

Voters have reacted accordingly. Until this year, the Social Democratic Party had dominated politics in Sweden, ruling for almost a half a century, from 1932 to 1976, and holding power again from 2014 to 2022.

But it was toppled in September, when voters elected a right-of-center coalition made up of the right-wing Sweden Democrats and other right-of-center parties. Ulf Kristersson, the leader of the Moderate Party, was named prime minister on October 17.

In his study, Adamson urged Swedes to take a clear-eyed approach to what is happening, arguing that viewing things through a politically sensitive, multicultural lens clouds the picture and undermines policy approaches that could address the problem.

“Social democratic views of the 1960s are now considered far right-wing – a psychological trauma as if straight out of an Ingmar Bergman movie,” Adamson wrote, adding that “anti-intellectualism has defined Swedish migration discourse for decades.”