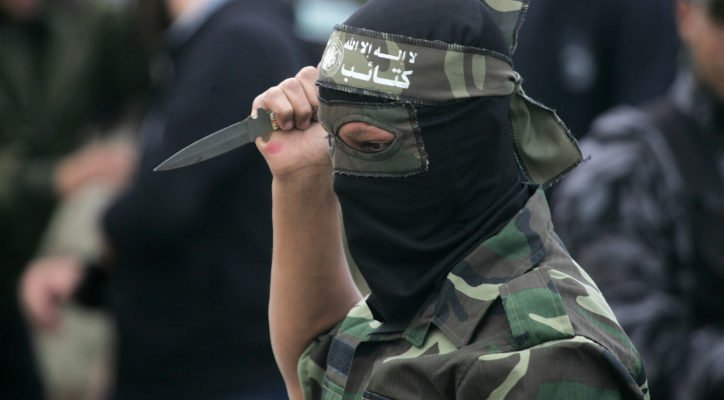 Analysts attributed this enthusiasm to their wish for an encore of their experience in the era of former President Barack Obama, during which they played a remarkable role riding the wave of the “Arab Spring” uprisings. These analysts, however, note that Biden is not Obama, and that the American project of relying on the Brotherhood has gone with Obama, probably forever.

The Muslim Brotherhood media were not alone in celebrating Biden’s advantage so far. The Iranian media as well, and the pro-Tehran media in the Middle East seemed enthused by the results of the democratic candidate, not only to spite his rival Donald Trump, who has tightened the American siege of Iran and prevented it from exporting its oil, but also in the hope of bringing back the lenient treatment it enjoyed during the Obama era.

Pro-Muslim Brotherhood activists and media professionals in Egypt, Tunisia, Yemen and the Gulf states did not hide their prayers for a Biden victory.

They kept up with his results in each state, moment by moment, and mocked Trump’s statements and his speech about fraud and resorting to the courts. It was as if Biden was the Muslim Brotherhood’s candidate and not the candidate of the American Democrats.

Lists of the expected victory spoils for the Muslim Brotherhood started appearing on Brotherhood and pro-Brotherhood media. They are hoping for U.S. pressure to be exerted on Cairo to release Brotherhood leaders convicted in court cases related to terrorism and conspiracy against Egypt’s security, as well as for pressure on the Arab quartet countries to lift their boycott of Qatar and restore relations with it.

From the outset, the Muslim Brothers did not hide their bias towards Biden. They presented him as a supporter of Islam and Muslims, highlighting the fact that he cites the Prophet’s hadiths, and as a fierce opponent of Islamophobia. American Islamic associations, such as the Islamic Society of North America (ISNA) and the Council on American-Islamic Relations (CAIR), which are associated with the Muslim Brotherhood or are seen as close to it, promoted Biden’s candidacy among Americans and participated in his election campaign at state and national levels.

The Muslim Brothers are eying the benefits that could accrue to their American Islamist brothers through their “partnership” with Biden in case of the latter’s victory, such as obtaining advisory roles, sealing their influence within the Muslim community, and lifting the authorities’ constant monitoring of their propaganda and financial activities. They also betting on making gains for the mother organisation and its branches outside the United States.

The Brotherhood’s first objective, in case of a Biden victory, will be to enrol his administration to put pressure on Egypt and especially on President Abdel Fattah al-Sisi, whom they’ve never stopped maligning. They will also seek to have the restrictions on Hamas lifted and to facilitate the militant organisation’s access to donations and funds collected by the Brotherhood and its various affiliates for the benefit of the Islamist Palestinian organisation that the U.S. had classified as a terrorist organisation.

Observers, however, say that it will be difficult for the Muslim Brothers and their supporters, especially Qatar, to regain the same advantages they enjoyed during the Obama period due to major changes in the region.

Sisi, for example, has become an active actor in making arrangements in many issues related to the region, such as the Libyan or Palestinian or Sudanese files, or even in the new peace path between Israel and the Arab Gulf region.

Joe Biden has yet to outline, in case he’s elected, his strategy in the Middle East. But this strategy, analysts say, will not go against U.S. interests and is unlikely to run against the stream of changes in the region. He will not do the opposite just to please the Muslim Brotherhood, Qatar or any other actor in the region. In addition, Biden’s priorities will be to focus on the situation within the U.S. and make decisions in light of the emerging balances in the U.S. House of Representatives and the Senate. He will strive to reassure the American public about the seriousness of the social reforms he intends to introduce.

Ellen Laipson, former U.S. senior official and current director of security studies at George Mason University, believes that Biden will work to restore confidence within the U.S. before sailing the waters of the Middle East.

In an article published by the opinion website Syndication Bureau, she pointed out that the Middle East is not the most urgent place for work on repairing U.S. alliances, compared to Europe and Asia, noting that “Biden will be able to re-establish positive personal relationships with key Middle East leaders – with the likely exception of Saudi Arabia”.

Iran will also constitute a “tricky test” for a Biden administration, according to Laipson. “Simply restoring U.S. adherence to the 2015 nuclear agreement will not suffice; Biden’s non-proliferation experts might take the lead in proposing amendments to the accord and working with allies to salvage it, while Iran’s regional behaviour would be the responsibility of regional officials in the State and Defence Departments,” she explained.

Obama had worked during two presidential terms on the international rehabilitation of Iran and allowed it to enjoy the benefits of a favourable nuclear agreement that lifted the sanctions against it and gave it access to its frozen funds so that it would invest them in regional interventions threatening the security of the Gulf and the Middle East. Obama is accused of facilitating Iran’s entry into Syria and of giving free hand to its allied militias in Syria, Iraq and Yemen.

Diplomats and political analysts believe that Iran’s confidence in the benefits of a Biden victory is exaggerated, noting that the U.S. president does not take actions alone, and that he will implement policies that do not contradict the interests of the United States, especially in light of changes taking place in the region with the emergence of a new Saudi Arabia looking to build more balanced bilateral relations with Washington, as well as the start in the region of a momentum of peace agreements with Israel, which may expand to include more Gulf countries in the foreseeable future.

They say that the peace path has become a pressure card and a manoeuvring tool in the hands of the Gulf countries, in addition to obvious reforms undertaken in the field of human rights, rights of foreign labourers and women, and in internal democracy, especially in the area of freedom of belief such as allowing members of different religions communities living in the Gulf to build places of worship. All of these areas were cards used by the West to pressure the Gulf countries into accepting policies that were not compatible with their national interests.

(A version of this article was originally published by the Arab Weekly and reproduced with permission.)